The Graffiti Research Lab (G.R.L.) was founded 2006 at Eyebeam in New York City and is (… well, was) dedicated to outfitting graffiti writers, artists and protesters with open source technologies for urban communication.

Following a lose collaboration of Florian Hufsky, Michael Zeltner and Florian Frühauf in which we reinterpreted the work of the G.R.L. mother cell as well as implemented a hostile takeover of the quartier21, Kunsthalle Wien and MUMOK, we were invited to co-exhibit with G.R.L. at Ars Electronica in September 2007. At Ars, we suggested opening the brand as much as the software and instructions, ultimately yielding the foundation of G.R.L. Vienna.

Both the mother cell and our humble project here have been dormant for about the same amount of time.

Note: The quality of the videos represents a different time on the Internet, when high bitrate 720p60 video streaming was everything but common.

Preparing for the 2007 edition of the Chaos Communication Camp, someone from Metalab (who exactly is uncertain to this day) edited the event's wiki to include plans to present a laser guided graffiti system. Much to our surprise, the two organisers fh and Julia passed this info to heise, which is essentially the primary reason for why anyone took action in this domain in the first place.

Since we have already started playing with the projector in front of the MuseumsQuartier, we tested the original L.A.S.E.R. Tag release (which was Windows only and shipped with the 345MB big proprietary Intel IPP library). The results were not that great since none of us the necessary OS, and the performance in the VM was terrible. Michael convinced Florian to come home and talk more about how we could pull this off. We needed to write our own version that would work with our computers. After a night of sleep and a park breakfast with friends, we decided we needed some external pressure to actually do it, so we announced an event before we even started programming.

None of the sponsors were real, we just needed a story in case of our use of their projector.

Based on the Drip Sessions by G.R.L., but instead of editing in post, we do it live. Kindly funded by Lesefest Niederösterreich, with 401rush in the role as midwife.

The code written for this was awful, the problem being that there was no easy way to record Processing output, so all the pixel data would get written to memory, and then flushed in forms of JPG to disk. This meant that we could only record a couple seconds of actual tagging.

This project marks the (sudden and hitherto unexplained) departure of Florian Frühauf.

We illegitimately stayed with James and Evan in their "hotel rooms" which was really a dorm room that was rented out during Ars. The manager was real mad at us, we just switched rooms.

MBU was funded by NetzNetz/MA7.

For Sioseh #32, a streetart group exhibition in May 2008, we collaborated with a local tagging-legend (at least we would categorise him as such) ape. ape likes the cliché of "tags aren't art, they're just a mess". We love that mess, so we took our drip sessions and exhibited paper alongside a looped projection.

An unfortunate miscommunication with one of the organisers of the show meant that the gallerist Philipp Konzett obtained ape's physical creations in what we consider to be an illegitimate manner, i.e. before a monetary transaction happened.

But both ape and we thought it was funny never to get paid for this. At least he doesn't have the DVDs with the loops. Enjoy your unauthorized worthless paper, Philipp!

Subvision (as G.R.L. London vs. Memory9)

Subvision was a 2009 festival in Hamburg, Germany, dedicated to bottom-up/self-organised structures within art. We didn't intend to participate so to speak, how it came to be was a bit convoluted. Michael's phone contact information was passed from one curator to another and he always assumed the festival in question was still the same. It was not so, and we learned after we had already arranged all sorts of plans (such as a collaboration and a road trip with Memory9, as well as finishing our MBU), that the festival was to promote HafenCity. Being used as promotional agents for a newly built city-quarter that can only be afforded by the upper-classes was not to our liking. But we were financially dependent at that point.

We were not alone in our predicament though. Most artists, some of which came from a squatter background and others which just made very political work, were unpleasantly surprised by what structure they found themselves in.

Thank you Justus for your pictures ❤️

While the conference was able to provide us with a pretty good projector, we had issues with acquiring a power extension cable long enough for us to project on the only appropriate building in the vicinity.

PS: the "bonus" in the video references a talk by our friend Johannes from monochrom (see timecode 1:10:00) at the same conference. Also Rose's talk on guerilla knitting was awesome!

L.A.S.E.R. Tag rewritten in Processing and JMyron. This was originally developed in 2007, was only ever used with Mac OS X and hasn't been updated very much. since. It will probably not work on its own, you will need to make significant changes (and probably remove the dependency on JMyron)

Together with Bre Pettis, who in the meantime gained fame due to his involvement in MakerBot, we made a little how-to video:

The video was featured on BoingBoing, which at the time still meant something.

(Please see the project below)

The Powerthief's roots lie in the precarious existence of G.R.L. Vienna. While our mother cell was already founded in an instution, acquiring fancy equipment was a little harder for us, so we opted for simpler solutions available to us.

Devices like the powerthief are regularly available in hardware stores in the United States, however in Europe they are illegal due to being a fire hazard.

Protip: if you're a speaker at Hackers on Planet Earth, but the project you submitted is sort of a group thing, it's really easy to convince them you need more free badges to get into the conference than they thought they'd need to give you.

Michael (a.k.a. G.R.L. Utah) submitted the G.R.L. movie to HOPE, planning to show off his One L.A.S.E.R. Tag Per Child project along the way. I'm not even sure he knew more G.R.L. affiliates were going to show up.

Also we were contacted by the Finnish Radiation and Nuclear Saftey Authority to inquire about our lazerz. Of course we only use legal equipment! wink wink nudge nudge

"Did you meet Florian Hufsky yet?" "No, who?" "He's hanging out here every weekend, he's interesting, you should talk to him". I spotted him due to his slight Carinthian accent. His reaction to how I was introduced to him when he wasn't there seemed surprised, distrustful yet flattered - an ambivalence that never left his personality. His backcatalog was impressive - his view of the world intuitive - his understanding of enthusiasm intrinsic - his ways so unknowingly charming. Trying to bring memories of him into a coherent form is about as futile as to ask him to please restrict his constant stream of output to just one field - he was all over the place. Organising protests, writing webapplications, drawing cute characters, putting up stickers, hijacking reputable art organisations, spraying stencils, receiving inquiries from the Finnish Radiation and Nuclear Saftey Authority, finding new ways to enjoy sleep deprivation, saying "fuck" on live TV repeatedly, but most importantly infecting large crowds of people with his immense amount of joy.

I wouldn't be where I am today if it wasn't for him.

Florian Hufsky was a prototyper in every way. I couldn't wait to see version 1.0. 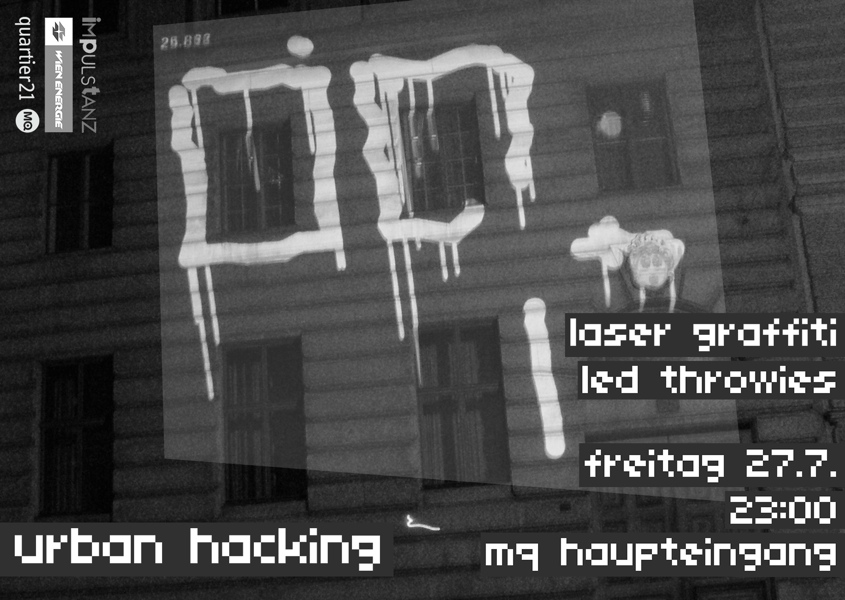 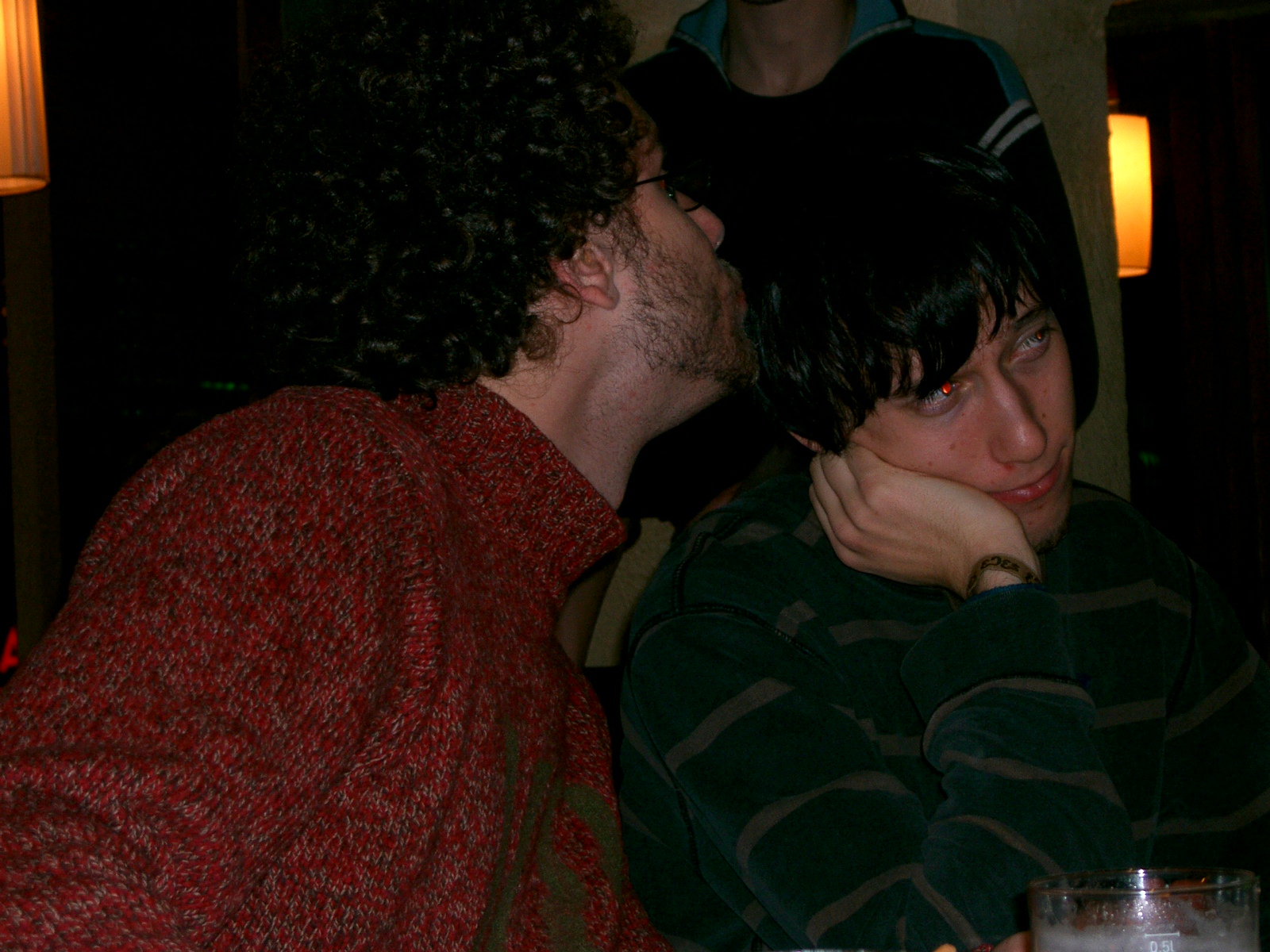 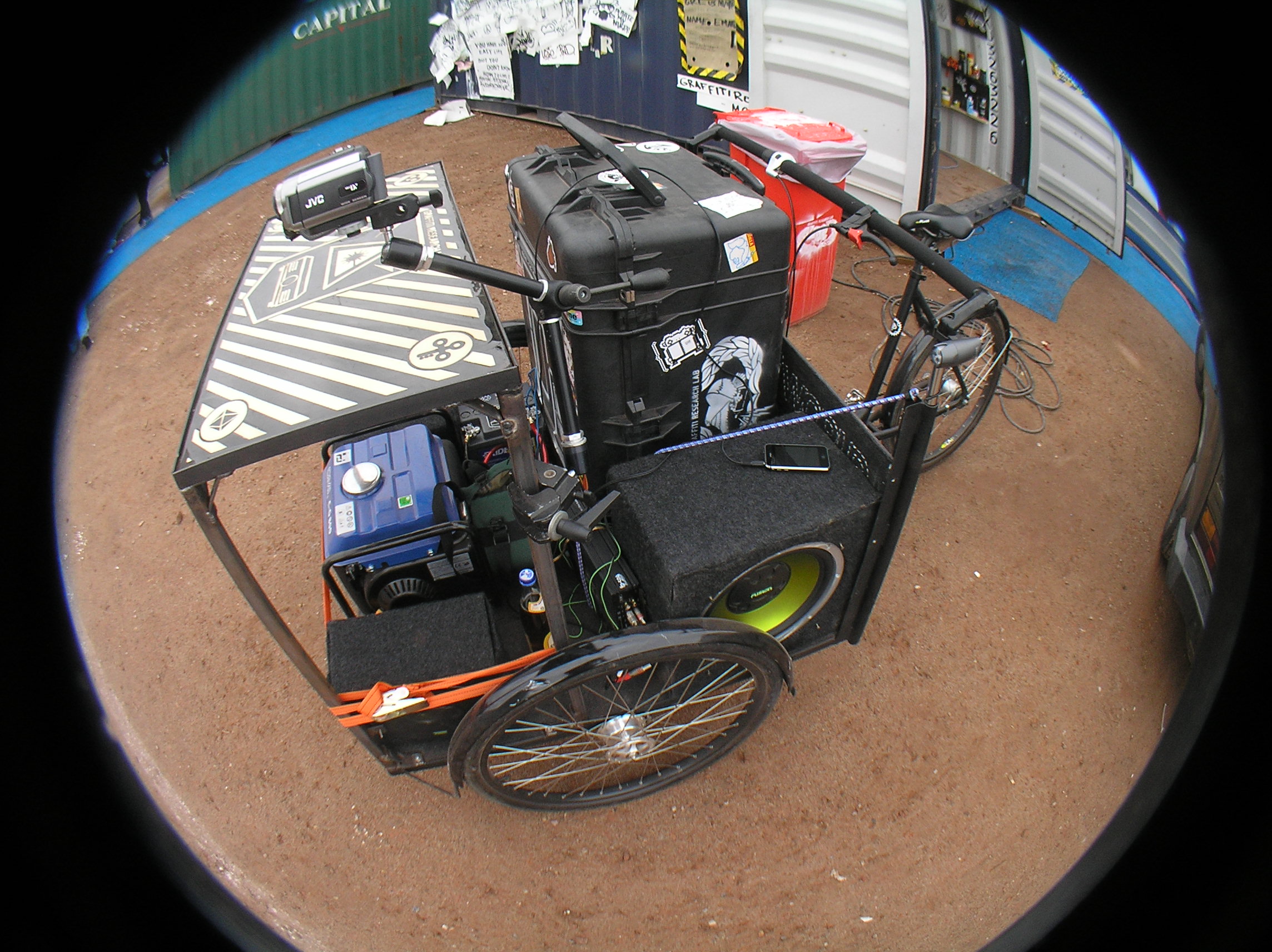